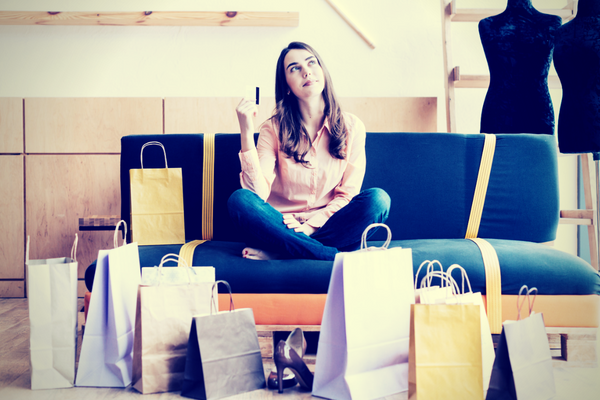 The world can be divided into two sets of people; those who work for the 25th and those who are rewarded on the 25th. The first group is quite content getting a position within someone else’s organisation, working 8-10 hours a day and then picking up their paycheck on the 25th and pay the bills. The second group has an engrained need to build their own dream into reality and the 25th is merely an incentive or hard work paying off.

There’s a big difference in the psychology of these two groups of people and the way they perceive money. That’s because their brains are literally wired differently. A recent study done by MIT consisted of both groups performing certain tasks. When it came to explorative tasks they found that the entrepreneurs were using the left, right and frontal part of the brain whilst the other group primarily used the left side of the frontal part of the brain.

This has no correlation with IQ, but rather the way we perceive things and think about them. I experience this phenomenon all around me every month on the 25th. The anticipation is almost palpable. And then it hits like a storm that has been rumbling in the distance for the last couple of days. I tend to take backroads during these following manic days and I avoid anything that resembles a mall. Because like I said, the difference in thinking can be seen all around you on the 25th every month by simply asking this question: what are you spending your money on?

I am not talking about the groceries or other household family expenses everyone has. I am talking about where you channel your “other” money. On a weekend after payday bars are full, people are walking around with bags of unnecessary clothes and shoes. People go on a crazed payday rampage, buying things they don’t need, buying things they don’t even really want. By channelling your money in this way, you fall prey to a vicious cycle; one where you are “rich” for 2 full days, “poverty stricken” for the next 28 and waiting for the illusive 25th. That way of thinking is not building anything; there is no growth and essentially makes you live for only 24 days a year – pretty scary, right?

There are a few trying to break the cycle, who started their own small business, but their biggest downfall lies in their thinking. I have had many people reaching out to me, stating that the business is not doing well and asking me to help. The same people do this month after month after month. It’s like our own little routine; they tell me about all their business hardships and how desperately they need my help, I send them the requested invoice, they tell me they won’t be able to do it this month since they have to tighten their belts whilst things are going so badly on the business front. Month after month after month. Instead of downscaling on an unnecessary lifestyle and elevating a growing business, they choose the lifestyle which kills the business and inevitably kills the lifestyle as well.

A real business man/woman and entrepreneur channel their money into ventures, new businesses, training, marketing… anything that will help build their empire and grow their bank accounts. They will walk around in the same old shoes for years if it means that they’ve channelled the money into something of value generating more value.

Stop. Think. What are you spending your money on?